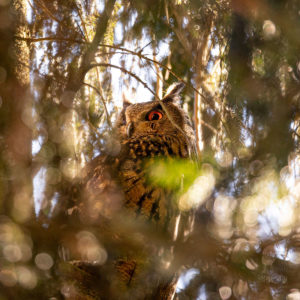 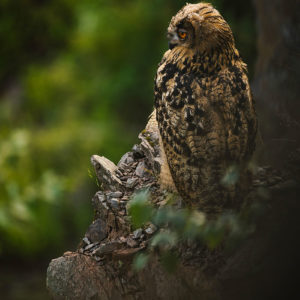 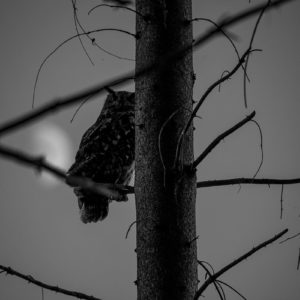 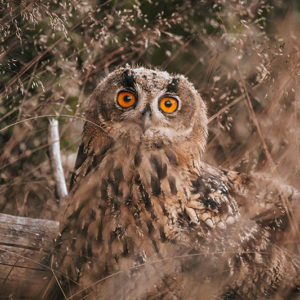 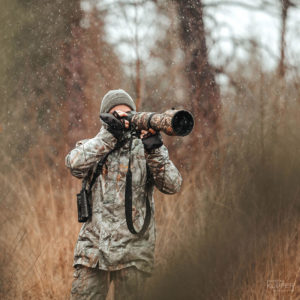 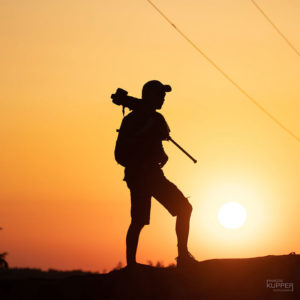 His name is Francois Kupper. He comes from the Hautes Fagnes region and started photography nearly three years ago. At the age of eight, he began to participate in the junior activities of the Nature Heritage and it was there that he discovered the world of wildlife photography. He had to wait until he had saved enough money from his student work to be able to buy his first SLR. Like any good beginner, he started with the discovery of its garden and its biotope, where it is easy to see some not too shy animals and birds. He then moved away little by little from the house to discover new animals in another landscape environment. When he started out, his favorite animal was the deer, an animal with very powerful hearing and smell. Before being able to take a picture of this beautiful game, he had to learn patience to first be able to observe this beautiful game. He is lucky enough to live in a magnificent region in which beautiful animals and birds live, so he has drawn up a small “hunting” board listing all the animals he would like to photograph. Even today, he follows animals that require hours of observation, approach and lookout before being able to see them. That’s why he would like to introduce you to the largest nocturnal raptor, the Grand Duke of Europe. He and his friend have been following at least three couples once a week for two years on three different sites. The Grand Duke is a bird of remarkable size, it is for him a majestic bird that inspires respect. Despite its large size, it is not easy to see.It took them a few weeks before discovering two silhouettes that blended into the landscape. At the beginning of the year, as the days are very short, they had to content themselves with their cries echoing between the trees. The weeks pass for both of them as well as for the birds of prey. They follow them with their cries. At the beginning of spring, they have the chance to follow the courtship and mating of the couple. Then, male and female become silent. The mother broods bravely. After hatching, she stays in the nest with the young while the male also watches over the nest but from further away. A few weeks later, what happiness for François and Simon to see the young leave the nest and to be able to take a family photo of the Grand Dukes. As access to the sites is private, the passage of people is quite rare. They got into the habit of always wearing the same clothes for the approaches. This allows them to get used to them without necessarily getting scared. The Eurasian Eagle-Owl is really his favorite bird, he is passionate about it. That’s why that he would like to be able to show you during the Aves exhibition in Namur some shots of this nocturnal raptor taken during their two years of observation. he will also be happy to tell you a few little anecdotes. See you soon.