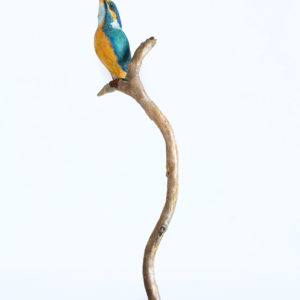 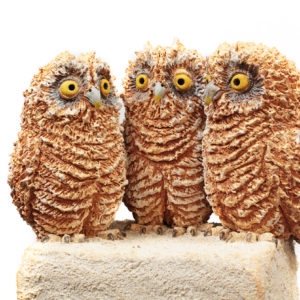 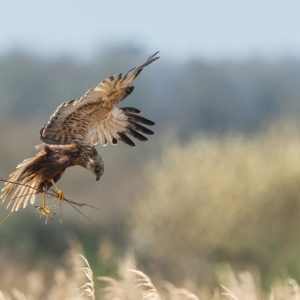 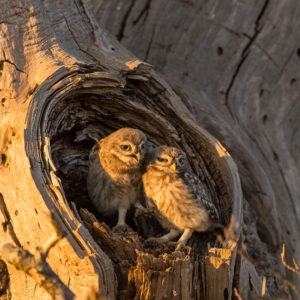 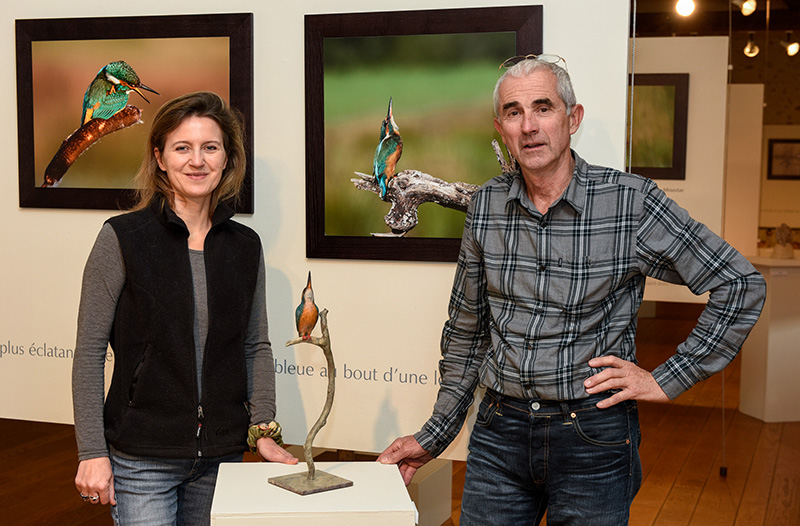 “There is no other source of beauty than the wound, singular, different for each one, hidden or visible, that every man keeps in himself, that he preserves and where he retires when he wants to leave the world for a temporary but profound loneliness. ”

(Jean Genet about the work of Alberto Giacometti)

This exhibition proposes a poetic walk in the world of birds, between photos, texts and sculptures. It is the result of two nature lovers who met in 2001. That day, in a narrow alley of the Old Oppède, Michel pushes the door of Olivia’s studio. He is suddenly seized by the brilliance and perfection of the figures that populate this refuge, sheltered from the turpitudes of the world. He understood that only a deeply touched being could convey so much generosity and realism. Each sculpture is a hymn to the beauty of the living, the extension of a flood of emotions, a cry of hope and love.

Soon, the animal photographer and the sculptor discover that they are fighting the same battle: the protection of species. The work of one would only be the accomplishment of the projects of the other.

Michel will come back the following year with his wildlife photographs, allowing Olivia to discover, with great emotion, the visual strength of his snapshots. One of the clichés will give birth to a bronze sculpture: Martin fisherman “Always higher”. The idea of ​​a common exhibition will, then, make its way: the sculpture would be an extension of the photographic intention, sometimes directly inspired by the image, shifted or in continuity … Excerpts of texts will add a poetic dimension. Our two artists will entrust Elizabeth Trotignon, writer, with the task of finding legitimate writings.

After a first shared exhibition at the Regional Natural Park of Brenne (2014), they participate in the international festival of wildlife and nature photography of Montier-en-Der, in 2016. We find them, in 2017, at the field of the farm St. Martin, to Suzette, in 2018 at the House of the Truffle and Wine in Ménerbes, in 2019, at the festival “AVES” in Namur in Belgium. In 2020, they will be present at the festival Camargue and the Rhone Delta.

A committed artist, Olivia Tregaut can only conceive of her work in direct relation to current events. Each sculpture is an extension of a fight, of its immense interest for the living. Art has the function of expressing the beauty of the world to better convince of its fragility. “My Hermann’s turtles are born of the threat that weighs on the species in great decline over its range. The extinction of the gorilla seems inconceivable to me. I wanted to testify, to say my aversion to this massacre. My rock gorilla has imposed itself … ”

If emotion is always decisive, it can sometimes dress with dreams like this siren of the lunar seas, able to adapt and survive the worst disasters … “The wealth of our planet is so great that some of these beings could exist! This one, I saw it in the clouds. ”

Michel Martinazzi has been an animal photographer since 1974 and a loving observer of Brenne (Indre). His passion: to observe and photograph nature. Michel photographs the movement, the flight of a sparrow, a fishing wader or a raptor hunting. His motto: “Observe, identify, identify”, so that you can, one lucky day, realize the cliché he will remember.