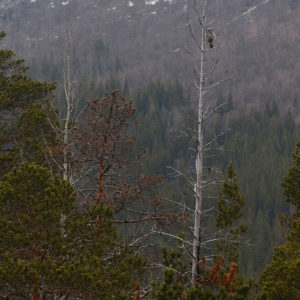 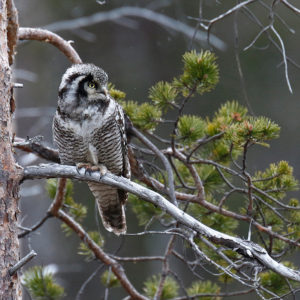 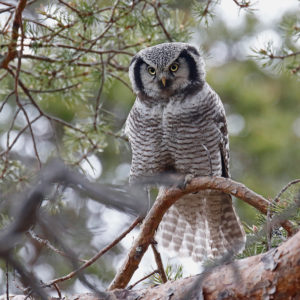 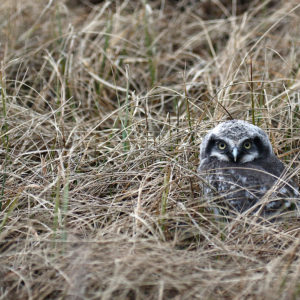 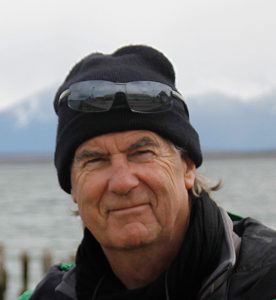 Life as close as possible to a hawk owl family (2 adults and 3 young, one still in the nest). Looking in the forest for a place to sharpen, a male alarmed and passed 5 cm from André Brocard’s head, wings outstretched. He informed that he was returning to his territory. André stayed 4 days and 3 nights in this Norwegian forest. So as not to disturb them, he would stay with them for 1/4 hour and then leave for 3 hours. On his third pass, more adult alarms. The mother even agreed to feed the young still in the nest in front of him. During the 3 days which followed, the adults lived without taking care of its presence (surveillance of the territory, hunting of the male, passage of prey, feeding for the female, etc.) To carry out these images, no guide, no hide no camouflage and no bait. On the last day, when the adults had been indifferent to his presence for 2 days, the female alarmed by looking in his direction. He was observing the surroundings to see if there was a predator but nothing … It was by looking down that he observed a young on the ground 50 cm in front of him. When he stepped back to take the picture, the female stopped alarming … It was with regret that he left the place where this hawk owl family had accepted him.