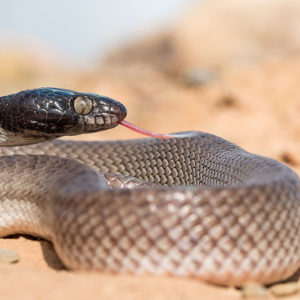 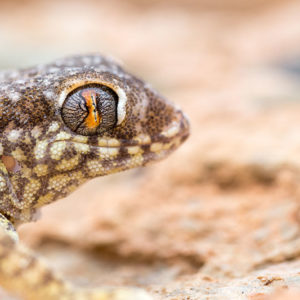 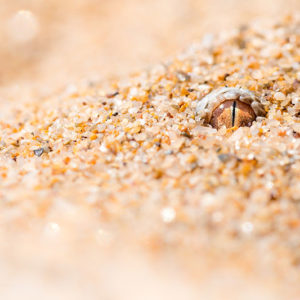 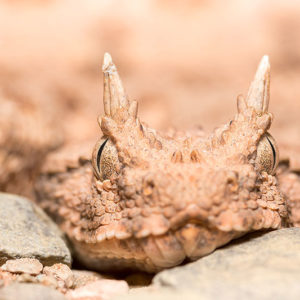 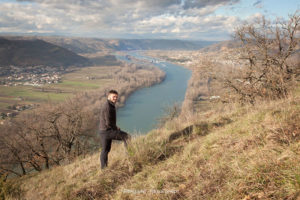 This series is for Dylan, the opportunity to make known species little known and often feared, sometimes wrongly. He likes to play with feelings, the emotions that can be brought to life through photography.
The close-up photos allow the viewer to imagine the point of view of the reptile … or its prey.
This kind of image highlights the strength, the evolution, or the presence of these animals.
Conversely, the wide shots allow them to imagine the world, the environment in which they evolve. These images will above all show us behind the scenes, make us aware of the trying nature of life in these regions, to the vulnerability of all that lives there.
As a result, we can go from a photo where we say to ourselves that the subject is frightening, that he has a hard look, that he comes from another time, … to another photo of the same species. where we will, this time, be struck by the fragility of this species facing its environment.
This exhibition, on the theme of Moroccan reptiles, consists of 14 photographs.
Dylan accompanied a Moroccan scientist whose mission was to take blood and venom samples from as many species as possible, on the one hand to study them, and on the other to produce anti-venom serums which they are sorely lacking in some areas of the country (and other countries of course).
To find as many species as possible in a very short time, they used a technique that consisted of visiting all the wildlife traps they came across, mainly wells and water reservoirs. With the very hot temperatures that there can be in the south of Morocco, the reptiles seek the slightest corner of freshness, which often leads them to fall into these traps from which they cannot come out alone.
For the welfare of the animals, everything takes place in a kind of implicit protocol. they therefore descended into each of them, to take out snakes, lizards, amphibians, rodents, etc. that they found there.
Then, Abdou takes the necessary samples, then they release the animals a little further away, enough so that they don’t go back into the trap right away, but not too much so as not to relocate it.
It was at this time that he made his images, the session is very short, 10-15 minutes maximum, to limit the stress already present after these misadventures.
This series therefore mixes a scientific point of view (Abdou’s study of genetics and anti-venom serums), ethical (monitoring of wildlife traps) and artistic (he tries to highlight these animals through photography .
.