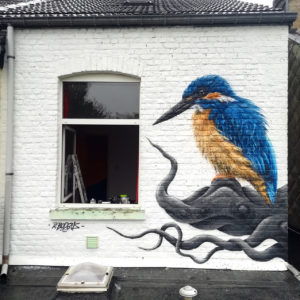 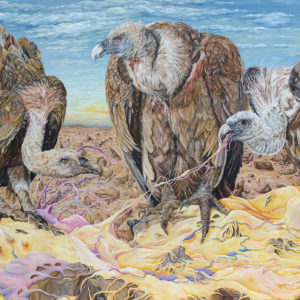 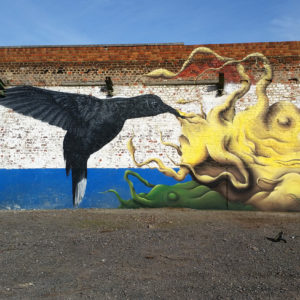 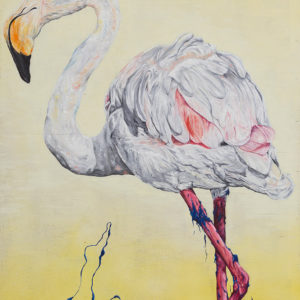 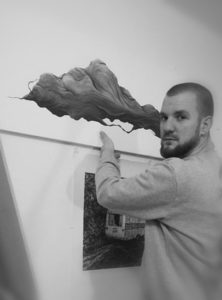 For as long as he can remember Robin has always been immersed in art,

We will say that he took the artistic path of two schools, that of the “street” by learning and perfecting the technique of the spray paint and a more classic course in schools such as Saint-Luc secondary Liège and obtained, in higher, a Master in plastic, visual and space arts with a specialized focus at the Academy of Fine Arts of Liège. He continued his training by obtaining his agrégation to allow him to teach his knowledge in art.

Art in his life seemed obvious to him, a means of expression that has no borders or languages, thanks to him he has rubbed shoulders with all kinds of artists and people from all walks of life and all cultures.

Simply attracted by discovery, Robin thinks that each place is bathed in an atmosphere of its own, he tries to transfer the essence of it through his paintings.

His work is mainly based on the discovery of environment and their atmosphere. A scene, an angle of view, an object inoculates a feeling, a kind of fixation, a mental photograph allowing it to bring out something more interesting, more moving than reality itself, and to have in a certain way its own representation of reality. Robin freezes these elements in his mind and the atmosphere he perceives there will direct him to a technique that seems adequate to deal with the subject: charcoal, oil, spray paint, watercolor, but also the play of lights, the clear -obscure, the choice of colors and tones, …

They are also the expression of his questions and observations on the link between men and nature. What are our effects on it?

It is not a fight, even if it touches him, it is only the form that his thoughts take.

A moving figure that darkens the world, finally comparable to the affecting man himself, instead of regulating his natural environment. Sometimes he represents them with animals, other times with men, or just a shape as it is. However, the spectator sees what he wishes there, there is no established direction in what our imagination narrates, it is also under this other aspect that Robin increases the discovery, and therefore his perception.